The ultimate outdoor retreat located 45 mins outside of Fort St John, BC. This 560-acre parcel was designed with recreation in mind. The property is treed with duck ponds dispersed...

The ultimate outdoor retreat located 45 mins outside of Fort St John, BC. This 560-acre parcel was designed with recreation in mind. The property is treed with duck ponds dispersed throughout the property. Ducks Unlimited has shown interest in damming a portion of the property for waterfowl habitat. The land is intersected with trails allowing easy access for off-roading and hunting. The Seller states that there is some merchantable timber in the Northwest portion of the property.

The property has a cozy 200 sqft log-built hunting cabin w/ sleeping loft, kitchen area, woodstove and propane fridge. There is a covered deck coming off the front of the cabin where you can sit and enjoy the views. Sharing the main yard is a 200 sqft log-built outhouse w/ shower set up and a 720 sqft covered cookhouse with bbq and seating area.

There are a series of ponds with unique island features accessible with quaint bridges at the front of the property. These ponds serve as an excellent swimming hole. The Seller has hosted weddings events with this unique backdrop. The front of property is accessed via a large steel entryway and there is a spacious grassy lawn for camping and parties.

There is good hunting on the property and across the wider region with whitetails, mule deer, black bears, moose and elk all found in abundance.

*Property is 1 mile from paved road*

Head eastward on the Cecil Lake Road from Fort St John, through the Beaton River Valley, until you reach the Clearview Pac Arena (223 Road). Turn to head south on the 223 Road for approximately 1 mile, at which point, you will see “The Hiding Place” gates.

The Peace River region of British Columbia lays claim as the most robust and diverse economic region of the province outside of the Lower Mainland.  The regional GDP has exceeded $6.6 billion over the last several years and employment opportunities abound.

The region also possesses 40% of the cumulative provincial ALR lands in British Columbia.  This makes the region a mecca when it comes to farming, ranching and outdoor recreational pursuits.  Cattle ranching continues to dominate much of the Peace River region’s rural landscape with the area possessing over 60,000 head of cattle and accounting for over 22% of the provincial total.  This is a testament to the quality grazing conditions throughout the region.

The region’s annual average temperature rests between -2.9 to 2 degrees Celsius and the region receives approximately 330 – 570 mm of annual precipitation.  The area possesses rich, fertile soil and produces more wheat, barley and grass seed than any other region of the province.

The city of Fort St. John is the most populace municipality in the Peace River Region with a population of 20,155.  The oil and gas sector continues to be the primary economic driver of the municipality with over 15% of Fort St. John residents employed directly in the industry.  Most regionally active oil/gas exploration, production and servicing companies have offices located in Fort St. John, which serve to boost other businesses, particularly those in the service sector.

The Goodlow region of British Columbia is some of the richest and most arable farmland throughout Northern BC.  The surrounding countryside is dotted with grain and hay producing farms, but you may grow a variety of crops.

The outdoor recreation throughout the region is endless.  Any recreational activity feasible on a large rural property may be undertaken immediately on the land.  The following list of recreational pursuits is not exhaustive:

The property resides in Management Unit 7-33 and offers general tags for mule deer, whitetail deer, elk, moose, bear, wolves and a variety of game bird species.  The hunting on and surrounding and on the property is unrivalled compared to anywhere else in the province.  This is truly some of the finest hunting available in British Columbia.  Some of the biggest whitetails in the province are harvested in the immediate vicinity of the property each year.

There is excellent fishing opportunity in the area surrounding the property.  Whether you choose to enjoy a day fishing on one of the area’s many lakes or in one of the region’s clean, cool rivers, you will be amazed by both the scenery and the fisheries quality.

With the numerous trails and wonderful scenery, there is endless opportunity to ride recreationally throughout the property and in the surrounding landscape.

With the diversity/immensity of the property and surrounding wilderness, an individual could spend their entire life exploring the region by foot and discover new joys each time.

Fort St John is a diverse and energetic city with innumerable opportunities to enjoy a night out on the town.  Whether you go out for a bite at one of the many restaurants, catch a movie, or enjoy the enormous community rec centre, there is unlimited possibility.

Fort St. John is rich in history and discovery.  For instance, at Charlie Lake Cave, located 7 kilometres north of Fort St. John, archaeologists have uncovered artifacts from a Paleo-Indian settlement that was active there more than 10,500 years ago.

It is also interesting to note that Fort St. John is the oldest non-native settlement in British Columbia.  The town was first built in 1794 when it was called Rocky Mountain House.  It was a staging point from which further incursions into Northern BC could take place.  It was the Second World War which was responsible for expanding the infrastructure through the Fort St. John region with the construction of the Alaskan-Canada Highway.

In 1951 the region gained fame as a major producer of oil and gas in British Columbia.  In that year the “Fort St. John No. 1” well hit gas at a depth of 1,524 metres.  A few months later, in January 1952, the first deep well hit gas at 4,418 metres.  Drilled on the Bouffioux Farm, that well is still producing today.  Transportation/infrastructure improved at a rapid rate after that.  In 1952, the Hart Highway finally connected the region to the rest of British Columbia, and in 1958 the Pacific Great Eastern Railway arrived in Fort St. John.  That ease of transportation has allowed the region’s agricultural and forest industries to compete in distant markets. 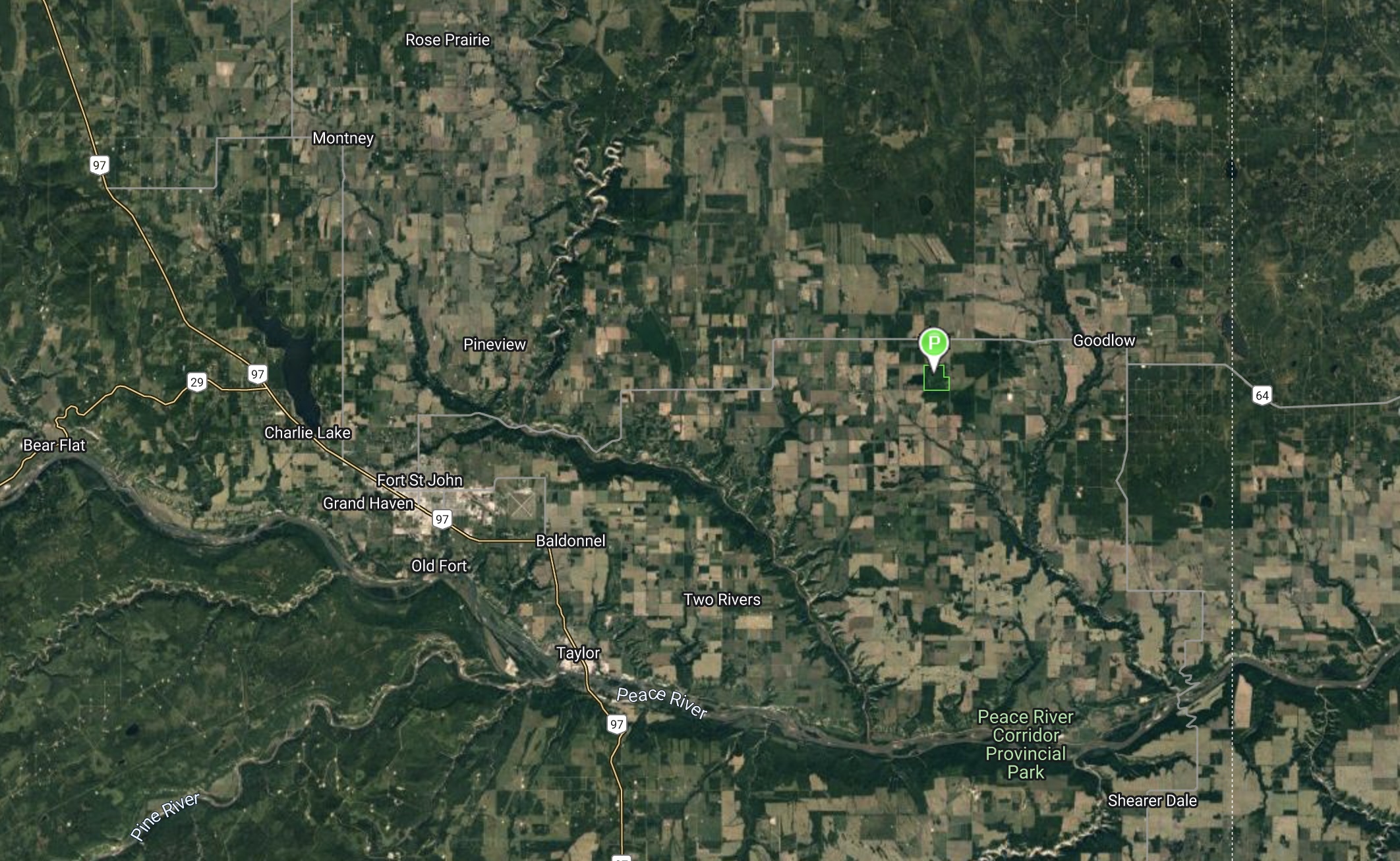 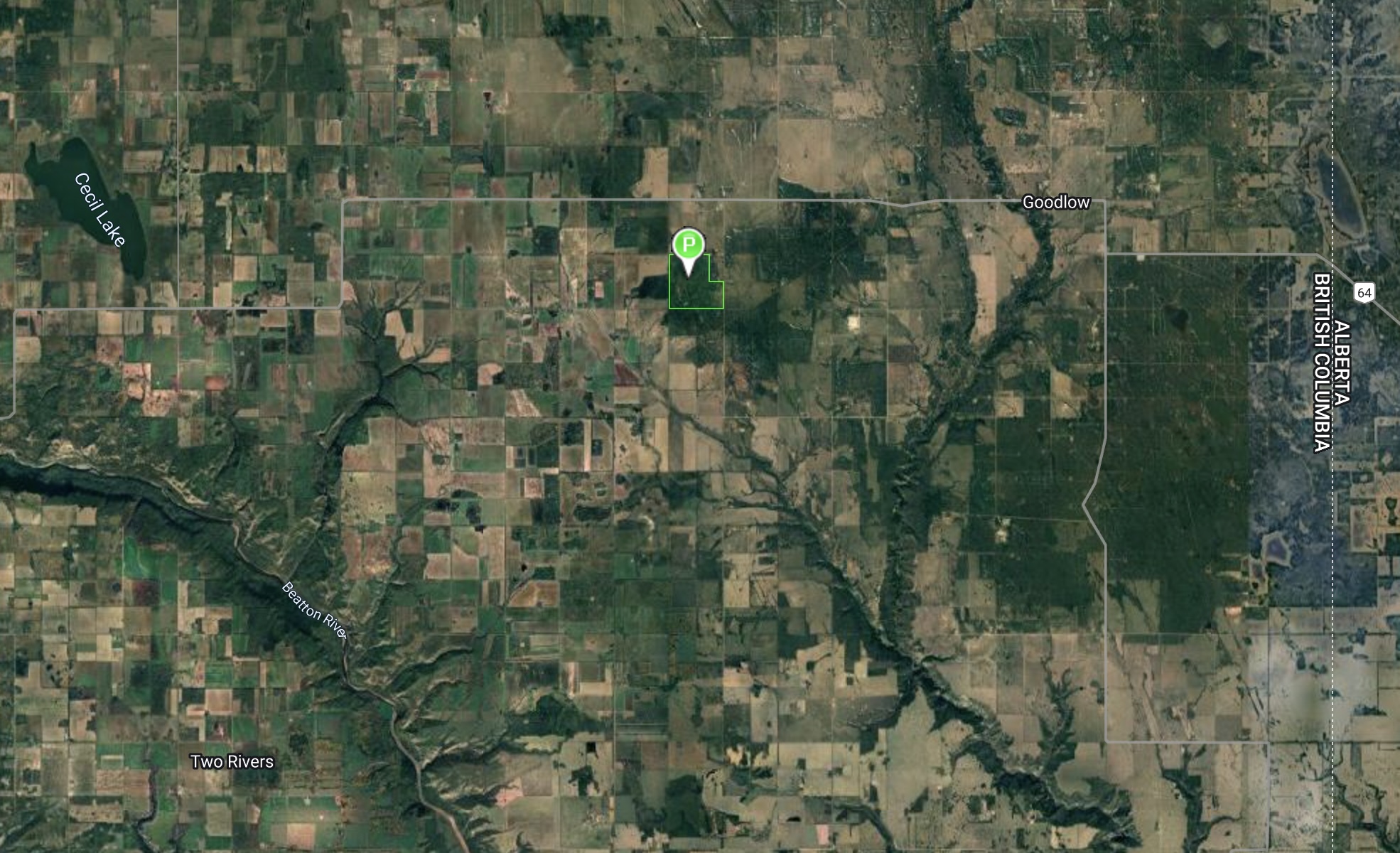 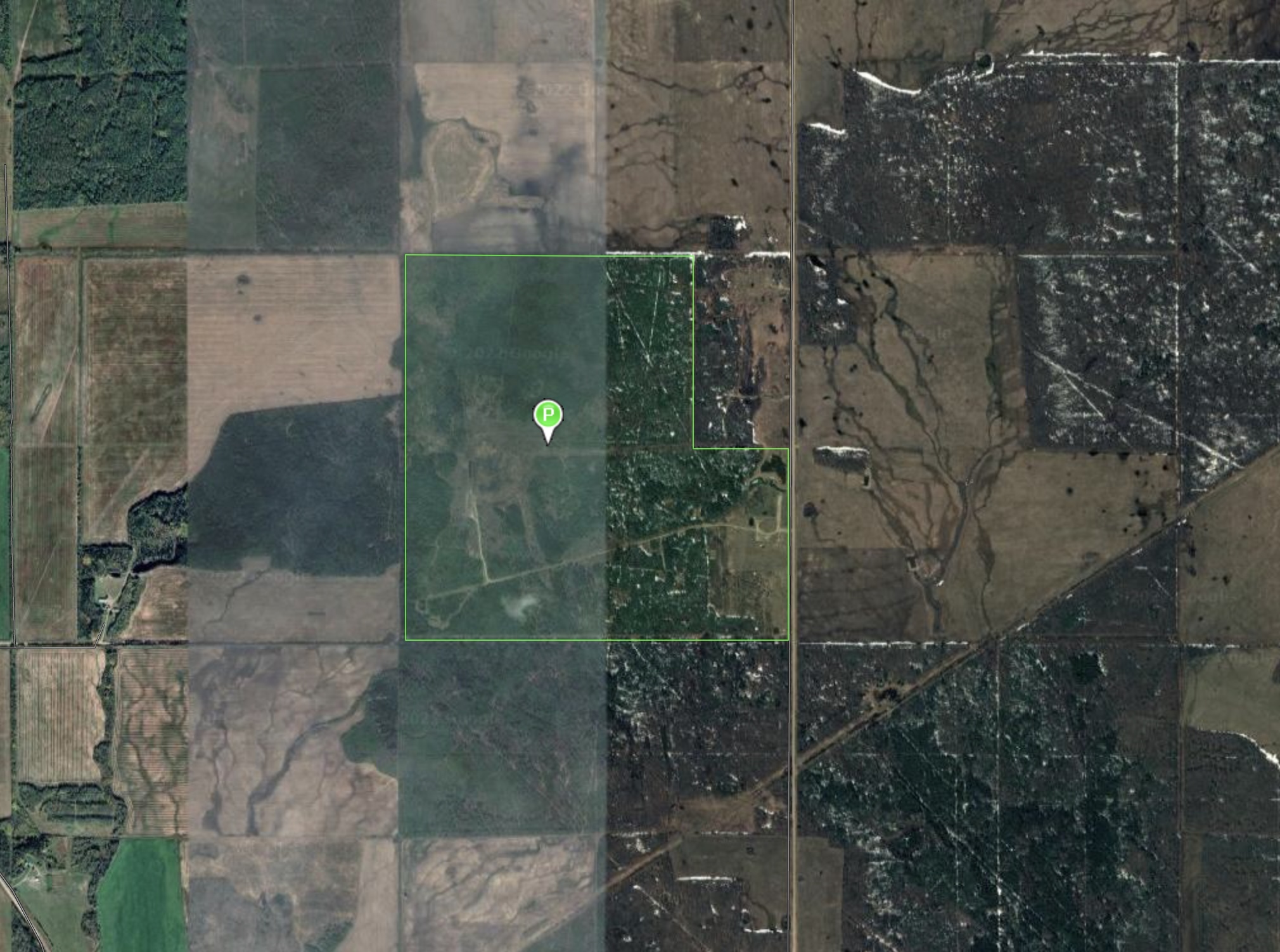 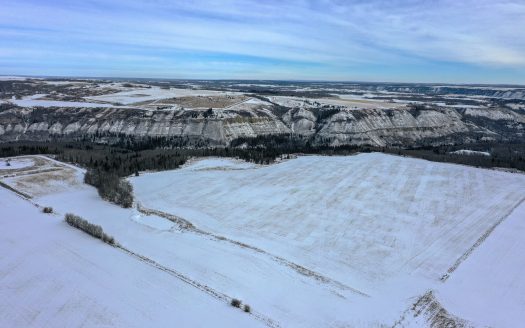 160-Acre Agricultural Parcel with Oil/Gas Re...

Pristine Equestrian Property with Stunning Views Over Bridge Lake – Bridge Lake, BC
Gravel Pit Business Opportunity – Hudson’s Hope, BC
Sign into your account
Create an account
Reset Password
Register here! Forgot Password? Back to Login Return to Login
“The Hiding Place” – A 560 Acre Recreational Retreat With So Much to Offer