Gravel Pit for sale in Hudson's Hope, BC. This 160-acre pit is approximated to have 7.5 million cubic meters of gravel based on Seller's calculations. They have recently sold 4,795...

Gravel Pit for sale in Hudson’s Hope, BC. This 160-acre pit is approximated to have 7.5 million cubic meters of gravel based on Seller’s calculations. They have recently sold 4,795 tonnes of gravel to BC Hydro and there is ongoing demand for the product in the wider region. The property is road accessible (90% axle weight) and there is a metal gate at the front of the property. Portions of the property have mature poplar and the property offers and aesthetic value as well. The property is situated in a pleasurable location for camping and hunting with the Peace River high-water mark nearby. This is a long-term business opportunity within a bourgeoning region of the province. Mine # 1641358 Permit # G-9-293.

From Hudson’s Hope head west/southwest on the Don Phillips (29) Highway for approx. 7.5 KMs. Turn to head east on the gravel road and proceed for approx. 4.5 KMs at which point the property will be on the south side of the road.

The Peace River region of British Columbia lays claim as the most robust and diverse economic region of the province outside of the Lower Mainland.  The regional GDP has exceeded $6.6 billion over the last several years and employment opportunities abound.

The region also possesses 40% of the cumulative provincial ALR lands in British Columbia.  This makes the region a mecca when it comes to farming, ranching and outdoor recreational pursuits.  Cattle ranching continues to dominate much of the Peace River region’s rural landscape with the area possessing over 60,000 head of cattle and accounting for over 22% of the provincial total.  This is a testament to the quality grazing conditions throughout the region.

The region’s annual average temperature rests between -2.9 to 2 degrees Celsius and the region receives approximately 330-570 mm of annual precipitation.  The region possesses rich, fertile soil, as the landscape was forged as an alluvial flood plain of the Peace River.  These conditions permit for the growing and harvesting of a wide array of crops.  In fact, the Peace River region of British Columbia produces more wheat, barley and grass seed than any other region of the province.

Butler Ridge was named after General Sir W.F. Butler, a British Army officer recognized for his involvement in the Red River Rebellion.  Working for the Canadian Government, he made a scouting trip west to the Rockies.  The report he submitted back to the Government, contributed to the establishment of the Northwest Mounted Police in the area.  He returned to the area again in 1873.  His journey west took him by dogsled to what we now know as Fort St. John.  He continued on to Hudson’s Hope by horseback and from there paddled the Peace River by canoe.  Since that time the area has received many names such as the Butler Range, Butler Mountain, and eventually to what we know it as today, Butler Ridge.  The park was established in 2000.

Butler Ridge Provincial Park is located in the Peace Foothill ecosection just east of the Rocky Mountains.  The area provides important winter range for caribou and stone sheep habitat in the higher elevations as well as moose and elk winter range in the lower elevations.  A blue-listed species, the Arkansas rose, has been recorded in the park.

This property affords the modern sportsman with infinite opportunity to test their fortitude and skillsets against an array of big game species.  The property lies in game management unit 7-35 where general hunting tags are available for mule deer, whitetail, elk and moose.

Whitetails and mule deer roam in abundance feasting on the various wild grasses and alfalfa.  The pockets of timber and topographical depressions provide sufficient cover for bucks to grow to maturity.

A large herd of resident elk wander throughout the area and onto the property at all times of year.  Butler Ridge provides excellent habitat for calving elk mothers.  Larger herds of elk may be seen during periods of heavy snow and cold weather when the herds are pushed to lower elevations and agricultural areas in the pursuit of easily accessible food.  The current landowner has harvested numerous trophy bulls from the property.

In addition to hunting, the area immediately surrounding the property is home to excellent fishing opportunities.  Some of the fish species available include: northern pike, rainbow trout, bull trout, arctic grayling, Kokanee, walleye and a variety of other species.  These fish species may be pursued in the Peace River itself, Williston Lake or amongst the innumerable number of northern lakes and waterways.

If you are into off-roading, quadding, snowmobiling, cross-country skiing, hiking and camping, not only does this property provide you with vast space to pursue such activities, but the immense portions of Crown land, which form the greater landscape, offer infinite opportunity for such pursuits.

In 1793 explorer Simon Fraser and a group of explorers travelled westward along the Peace River via canoe and were the first Europeans to enter the area.  These explorers were followed by the Hudson’s Bay Company who established a fur trading post/fort directly across the Peace River canyon from the current town site of Hudson’s Hope.

Although the exact origins of the name Hudson’s Hope are unknown, its first known recording was from 1868.  In 1899 the fort was moved to the present-day location on the northern bank of the Peace River.

The area was largely explored by prospectors and survey crews in the early 20th century, as the area was opened to a mineral stake in 1908 and land grants in 1912.  In 1942 the construction of the 97 Alaska Highway increased traffic to the region and helped spur the region’s coal mining industry.

Rural and urban development was enhanced by the construction of the W.A.C. Bennett Damn and hydro station in 1962.  To help finance and organize the construction of this infrastructure, the Hudson’s Hope Improvement District was incorporated along with the Municipality of Hudson’s Hope.  A second dam was constructed in 1980 several kilometres down river from the original dam known as the Peace Canyon Dam. 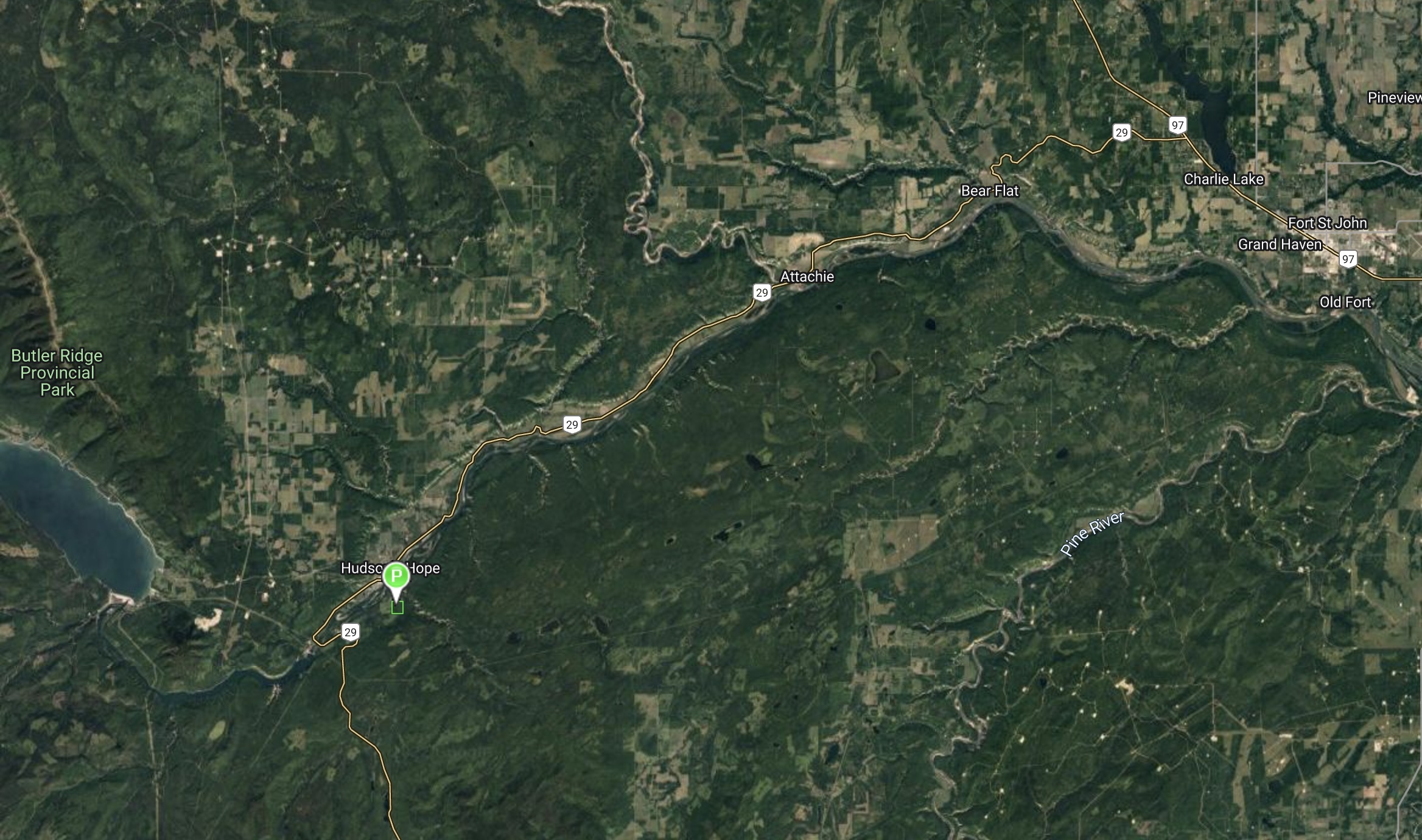 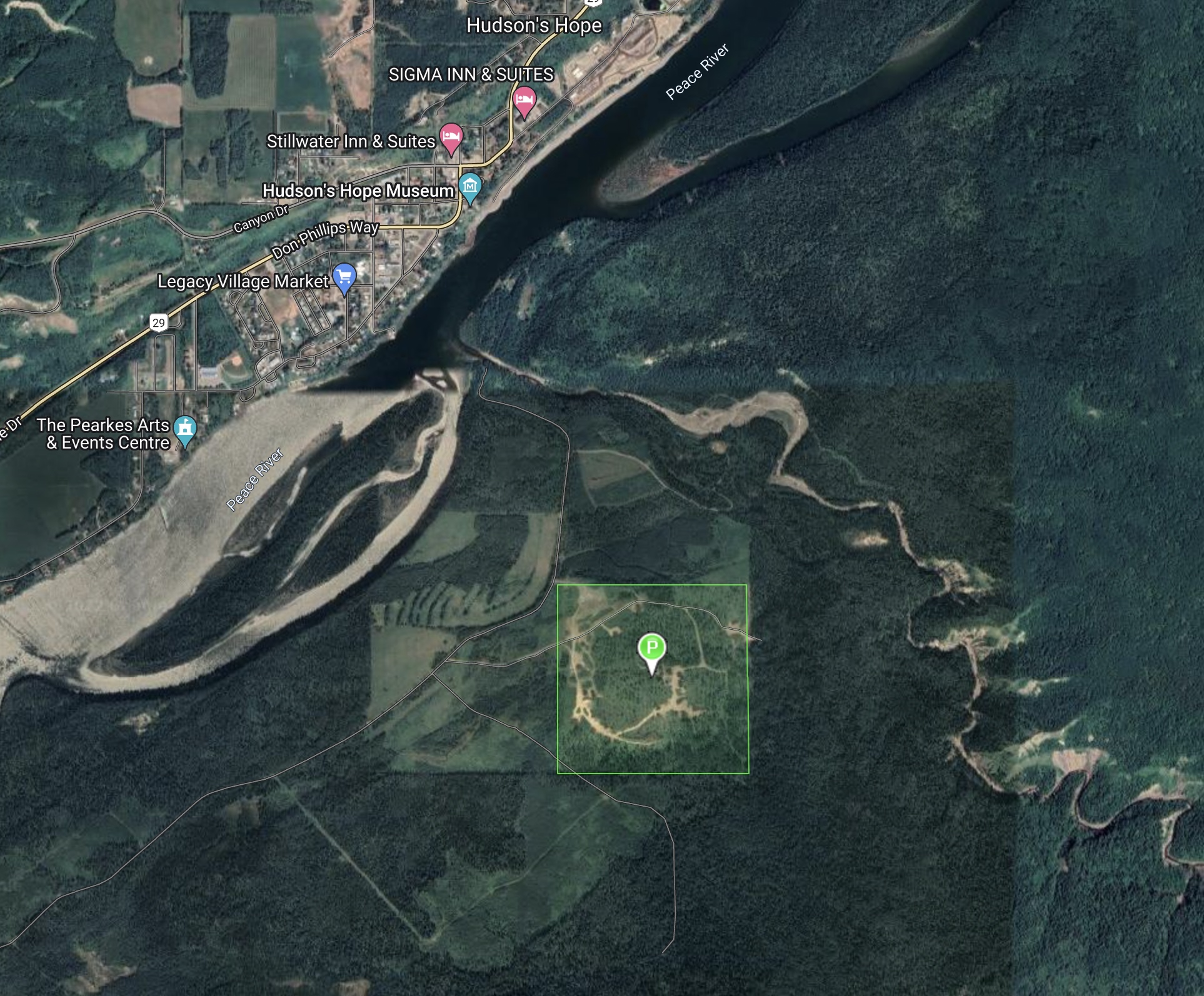 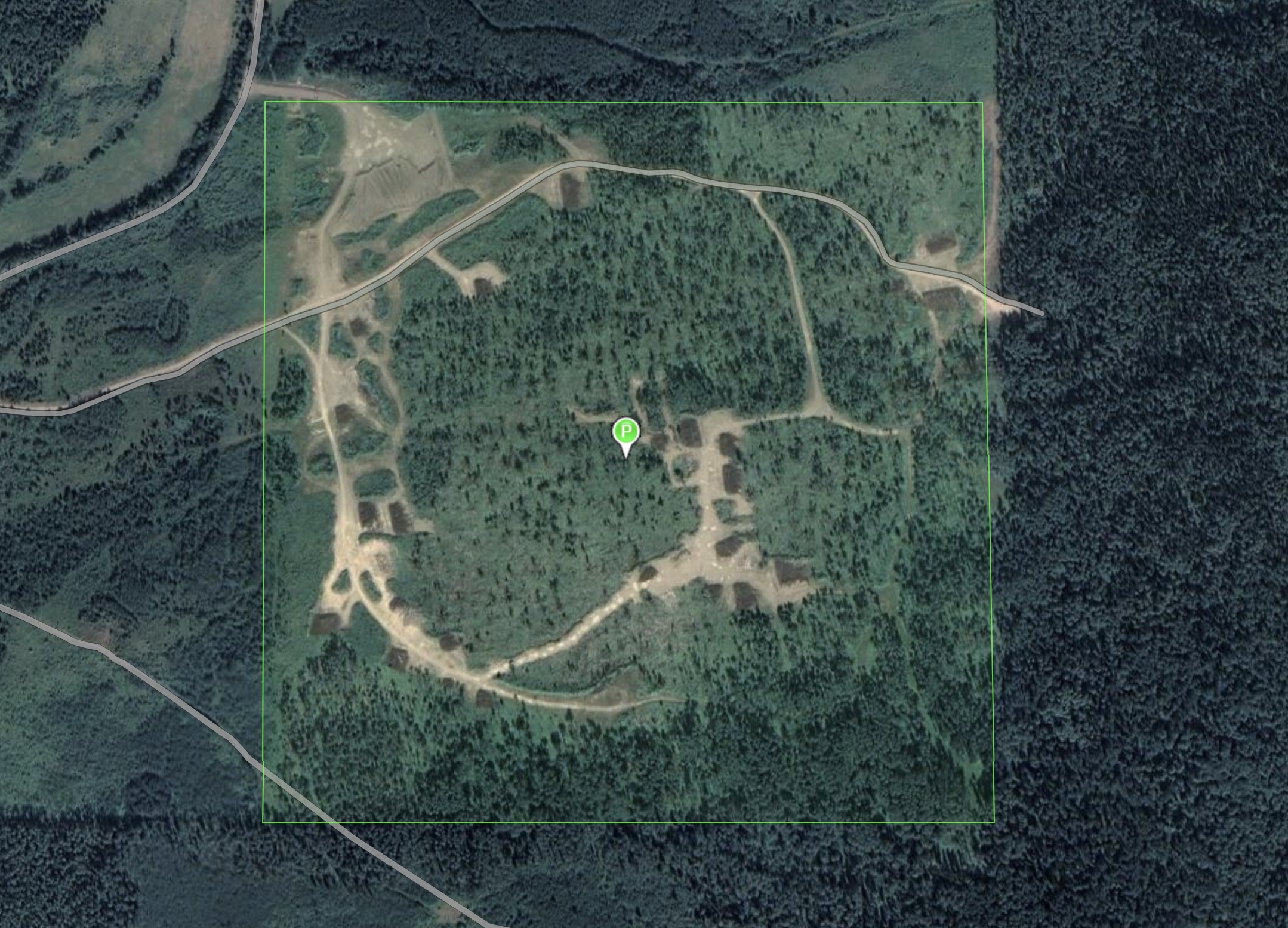 “The Hiding Place” – A 560 Acre Recreational Retreat With So Much to Offer
Immaculate 6,000 ft2 Log Home with Guest Residence on 160 Bucolic Acres – Burns Lake, BC
Sign into your account
Create an account
Reset Password
Register here! Forgot Password? Back to Login Return to Login
Gravel Pit Business Opportunity – Hudson’s Hope, BC