Asking $2,699,000 Attention ranchers & dairy farmers. This 318-acre property is set up with 2 residences, 6 large outbuildings, hay land and grain bin storage and is turnkey for your...

Attention ranchers & dairy farmers. This 318-acre property is set up with 2 residences, 6 large outbuildings, hay land and grain bin storage and is turnkey for your new operation. Located approximately a 15-minute drive from downtown Prince George, and providing panoramic valley/mountain views, this property offers the best of both worlds. With numerous south facing windows, the home is blessed with expansive views out over the farm. As an added bonus, Johnson Road is paved and the property is on a school bus route.

There is an immense amount of infrastructure on the property, which may be utilized in a variety of ways. Presently, the current owner rents out storage space in the many structures for RVs, boats and vehicle storage. The property turns a substantial profit from these storage operations.

The Main shop is 80’x40′ with 80’x21′ lean-to. In the shop there is an overhead cane for working on vehicles and equipment. The shop has a concrete floor and is wood heated. There is also a heated office and bathroom. Lastly, there is a mezzanine living suite complete with bathroom, kitchen, bedroom and woodstove. The suite is perfect for when adult children, or friends come to visit.

Sharing the yard with the shop is a 39’x78′ implement shed with concrete floor, a scale and an office. There is a 60’x120′ barn with dual lean-tos (19’x61′ & 19’x60′ (enclosed)). This barn has 2 built in grain bins, heated bathroom, an insulated room (perfect for tack) and 3 stock waterers. There is an additional 120’x98′ barn with loft, insulated room, 3 stock waterers and a 55’x98’ concrete pad at the back of the structure. There is also a 130’x32′ hay barn with dirt floor and an 80’x60′ quonset. The property has 400-amp service, so you can run welders and other heavy-duty equipment simultaneously.

The main home is 3,800 sqft and was built in 1983, but has seen substantial upgrades. Offering 4 bedrooms, an ensuite and full bath downstairs it is the perfect size to raise a family. A unique dual sided soap stone fireplace adorns the dining/living room areas. The crackling fire creates an inviting atmosphere. There is a large sundeck out the back extending the the home’s living space during the summer months. The second home on the property is a modular and is 1,380 sqft, with 3 bedrooms and a 4-piece bathroom. This is rented out to tenants.

The property is fenced/x-fenced with corrals & cattle handling infrastructure. Stock waters are located throughout the corrals. The entire property is cleared for pasture and could be easily hayed. Tabor Creek dissects property.


Prince George, with a population of 74,003, is the largest city in northern British Columbia and is the “Northern Capital” of BC.  Situated at the confluence of the Fraser and Nechako Rivers, and the crossroads of Highway 16 and Highway 97, the city is the service and supply hub for one of the fastest-growing regions in Canada and plays an important role in the province’s economy and culture.

Prince George is the dominant economic center of the region.  Public sector and education based jobs dominate the municipality’s economy.  Presently the Northern Health Authority, stationed in Prince George, possess a $450 million budget and have invested $100 million into local infrastructure.  UNBC, the College of New Caledonia and School District 57 adds a further $750 million into the local economy.

The city’s economy was once dominated by the lumber sector; however, the Fraser-Fort George Regional District has experienced extensive closures of the region’s lumber mills.  This has been attributed to the movement towards “super mills,” a loss of supply caused by the prevalence of the Mountain Pine Beetle and US tariffs on lumber exports.  It is predicted that mining exploration and development will soon supersede the lumber industry, as the dominant industry in Prince George and the surrounding areas.  Additionally, Initiatives Prince George estimates that the Nechako Basin contains 5,000,000 barrels of oil, which could help diversify the region’s economy further through the commencement of petroleum harvesting operations.

Presently, the city of Prince George has a number of private enterprises and facilities operating in and contributing to its local economy.  These facilities include:

The property grows a lush grass mixture, which is perfect for pasture, or producing hay. The surrounding region is renowned for the growth of thick coniferous forests with interspersed pockets of aspen and poplar groves.  In valley bottoms with rivers, creeks and ponds, willows are the dominant species of vegetation.

The same snow, which affords excellent snowmobiling opportunity, provides excellent slope conditions.  Taber Mountain and Purden Ski Village are a short commute from the property.  For more rugged skiing/snowboarding adventures, you may drive north to Powder King Mountain in the Pine Pass.  A new $100 million ski hill has also been approved for Valemont in the Robson Valley, which is a short commute away.

With Prince George so close, the opportunity to go out on the town is always available.  The Prince George Cougars (WHL) always provide excellent entertainment.  There are fitness centers, pools, restaurants, bars and everything else you could possibly need.

The origins of Prince George can be traced to the North West Company fur trading post of Fort George, which was established in 1807 by Simon Fraser and named in honour of King George III.  The post was centred in the centuries-old homeland of the Lheidli T’enneh First Nation, whose very name means “people of the confluence of the two rivers.

In 1903, Fort George’s began to expand when reports said that the Grand Trunk Pacific Railway (later part of CN Rail) would pass near the fur post.  In 1906, agricultural settlement began around Fort George and then in 1909, development of the town began as two rival land speculation companies built the communities of South Fort George and Central Fort George.  South Fort George was built on the Fraser River near the Hudson’s Bay Company’s trading post and Central Fort George was built two miles (3 km) to the northwest on the Nechako River.  Both communities flourished due to the marketing strategies of the land promoter for Central Fort George, George Hammond, who advertised the community all over Canada and Britain, describing Fort George in glowing terms as being the future hub of British Columbia, having mild winters and being suitable for any agricultural endeavour (except for the growing of peaches).  Ten paddle steamer sternwheelers serviced the area, coming up on the Fraser River from Soda Creek. 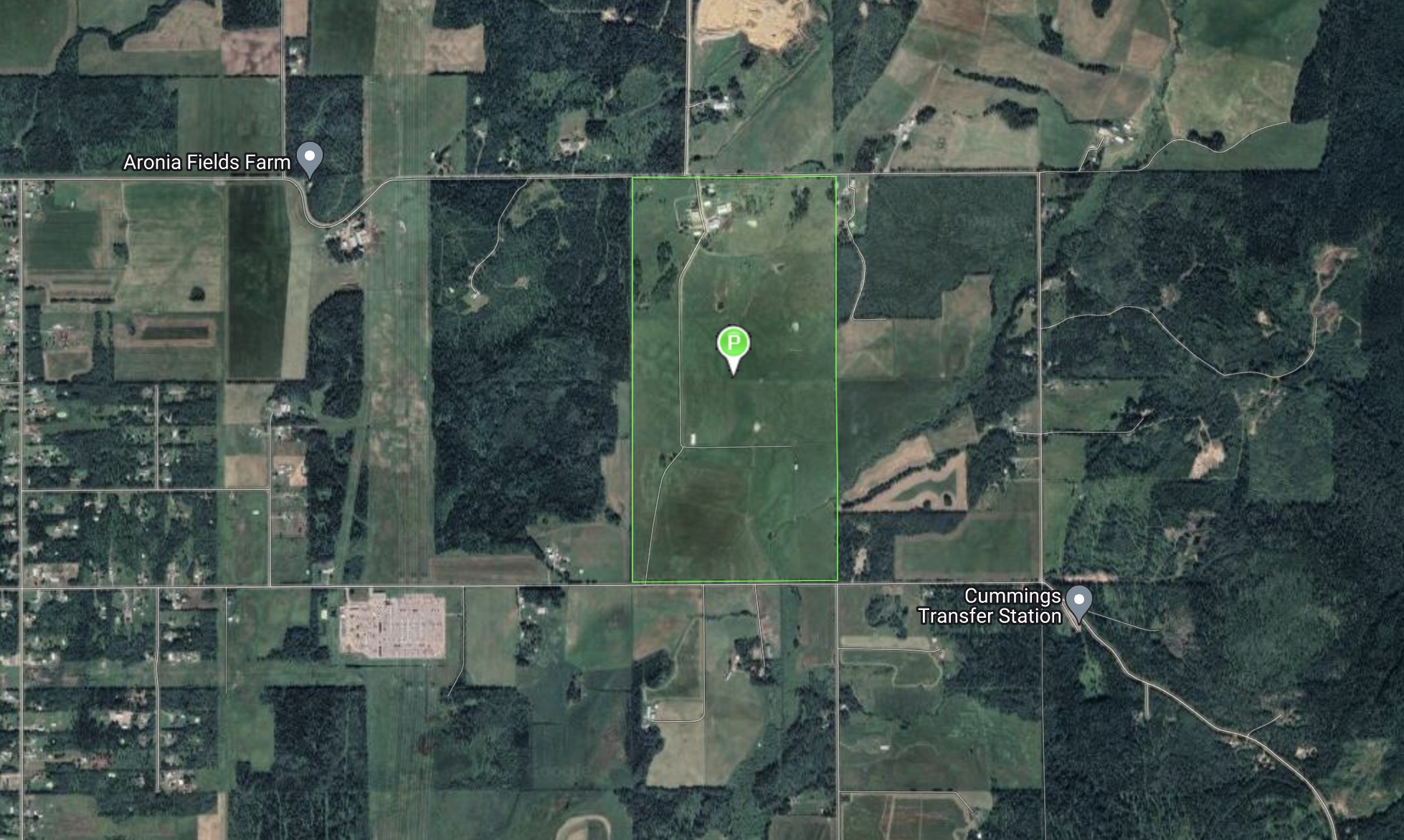 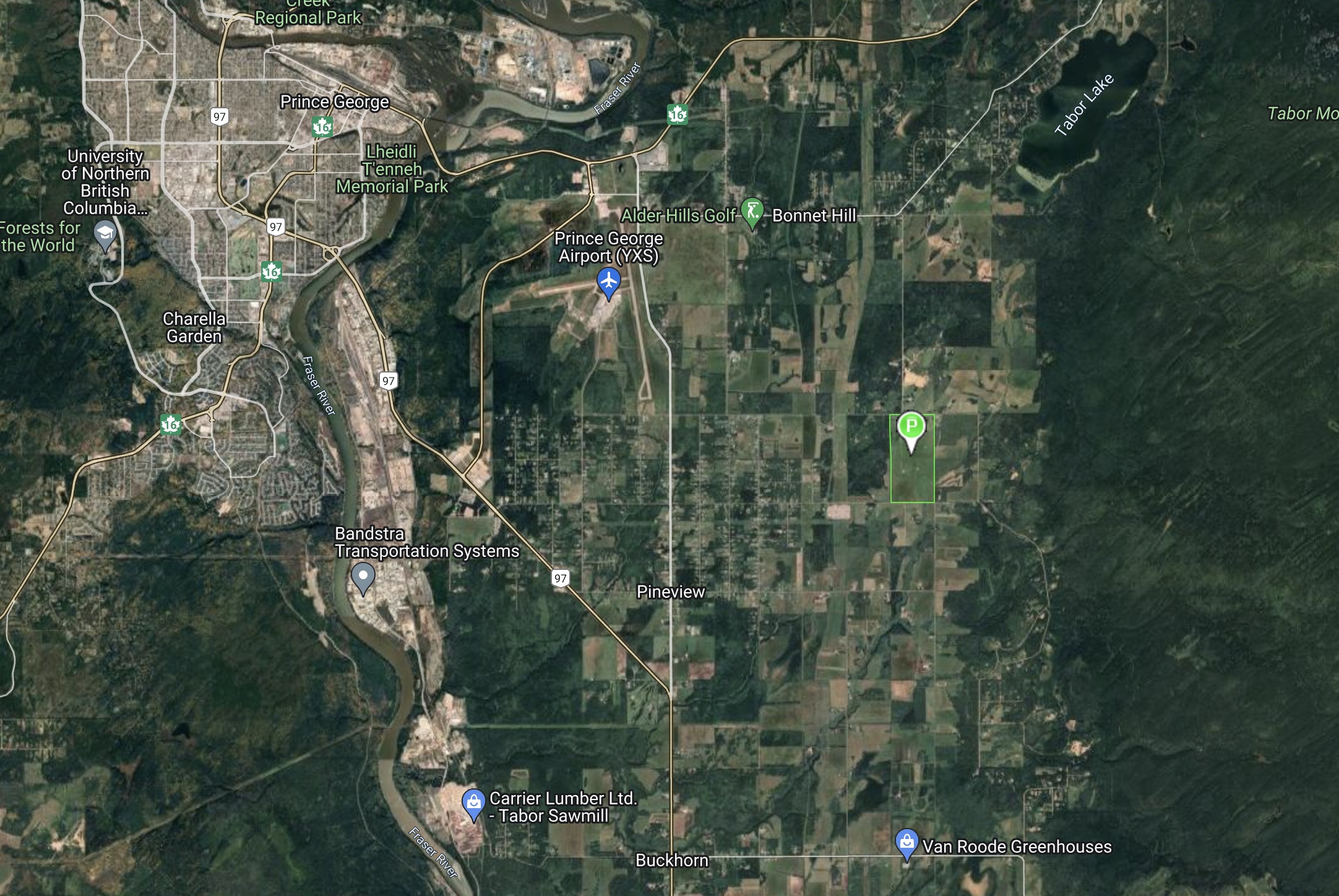 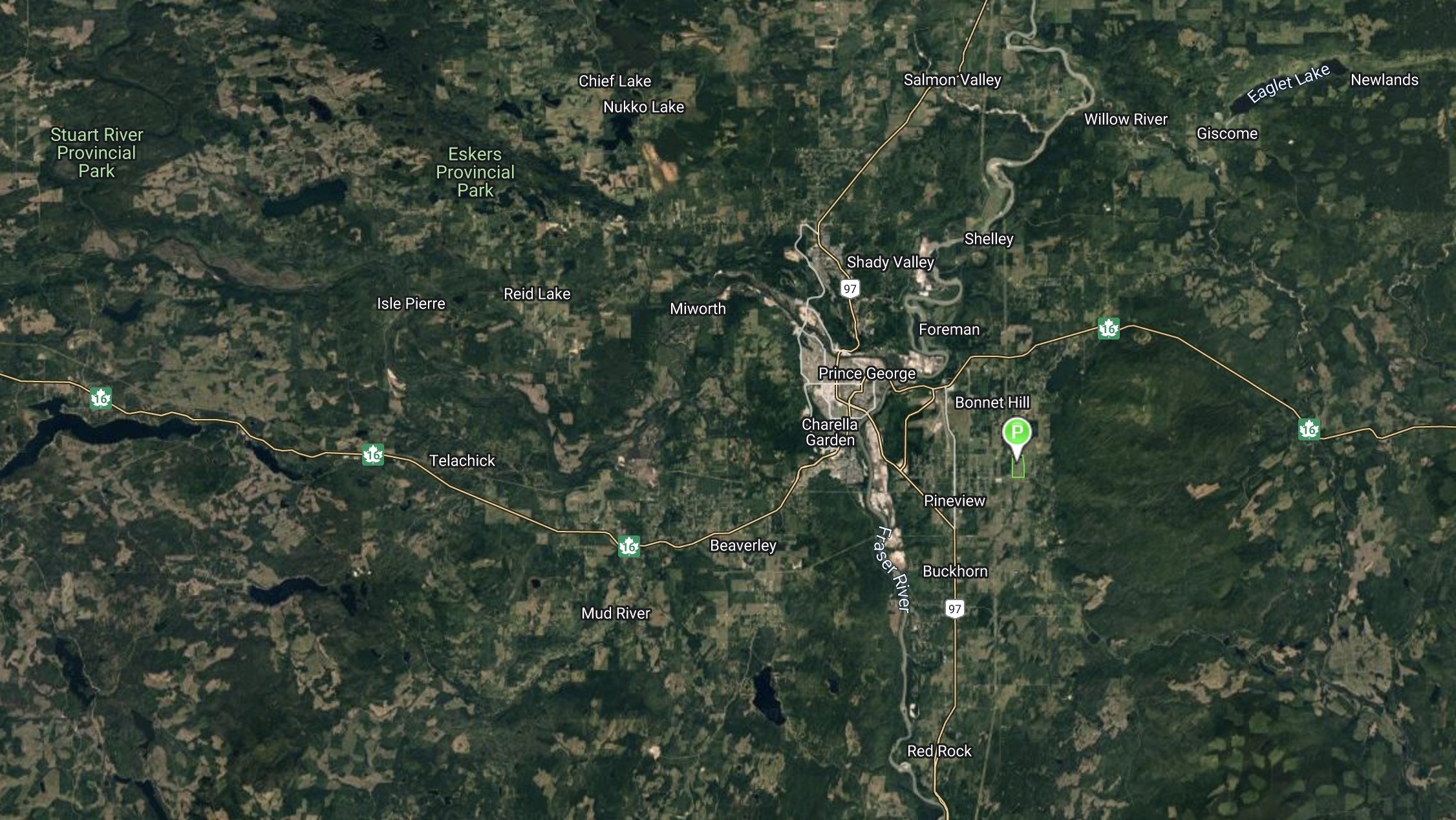