85.90-Acres with Over 2 KMs on the Fraser River and 40 Acres in Agricultural Production – Agassiz, BC

85.9 acres located along the Fraser River – divided amongst 3 titles. The land consists of river islands, gravel bars & flat fertile farmland. Approximately 40 acres are cleared & have been previously farmed. There has been some regen growth of trees. These could be easily cleared and restored back into arable farmland. Property offers stunning views of the Fraser River & surrounding mountain ranges. Opportunities to fish, camp, quad & hike on your very own property. Property is located approximately 1 hr from Vancouver. Temporary access has been granted through the Seabird Island Band’s landholdings. Agreement expires Dec. 2022, seller believes access agreement could be renewed. P2 zoning permits – campground, commercial outdoor recreation, park & marina.

*Due to this property’s frontage on the Fraser River, and annual changes to the shoreline, a prospective purchaser should conduct a survey to confirm the cumulative acreage of the three titles.

Property is located immediately east of the town of Agassiz, BC.

The property is accessed off of Cuthbert Road through the Seabird Island Band’s landholdings. A temporary Right of Way has been granted. A new Right of Way will be required after December 31, 2022.


The District of Kent is a district municipality located approximately 116 kilometres east of Vancouver, BC.  It forms a part of the Fraser Valley Regional District, and consists of several communities including Agassiz, Harrison Mills, Kilby, Mount Woodside, Kent Prairie, Sea Bird Island and Ruby Creek.

Kent’s only incorporated municipal neighbours are Chilliwack, to the south across the Fraser, and Harrison Hot Springs which is an enclave on the north side of the municipality at the south end of Harrison Lake.  Chehalis, to the west across the Harrison River from Harrison Mills, is unincorporated and largely an Indian reserve community of the Chehalis First Nation of the Sts’Ailes people.

Kent’s economy has traditionally relied on agriculture.  However, it has diversified in recent years by ways of tourism and recreation.  Nearby Harrison Hot Springs is a big tourist draw for the area, and many adventurers take advantage of the lakes and rivers in and around Kent.

There is excellent recreational opportunity both on the property and in the surrounding area.  Some of the activities include:

The Fraser River provides excellent access for fishing for both salmon and white sturgeon.  There is also numerous lakes and smaller tributaries a short commute from the property opening up the opportunity for additional fishing adventures.

The intricate logging road network in behind the property creates enormous potential to explore British Columbia’s wild back country via off-road vehicles.

These trail networks can also be enjoyed by foot for those looking for quiet solitude.

The property is perfectly suited to board horses with plenty of space and feed.  You can enjoy riding the horses on the property or on the adjacent Crown lands.

The close proximity of Hope, Agassiz and Chilliwack mean that you can venture into town at anytime to catch a movie, sit down at a restaurant, watch a Junior hockey game and much more.

Kent’s growth was initiated by the Fraser Canyon Gold Rush.  Among the first European settlers to settle in Kent in the 1860s include T.B. Hicks and the Agassiz family.  Shortly after, the first commercial activity in the area took place between the local First Nations people and the Hudson’s Bay Company fur traders.  Rapid commercial growth followed as boats started to routinely stop in the area en route to the Fraser Canyon.

The construction of the Canadian Pacific Railway around 1881 introduced more development along areas in Kent near the Fraser River and Harrison River.  In 1895, the District of Kent was incorporated, taking the name of the English county of Kent.  Shortly after the incorporation the Canadian Pacific Railway opened, bringing along more commercial activity to the area.

While the traditional economic merchandise in the area are agriculture-related, there has been a diversification since the 1900s.  Roads started to be built between 1901 and 1940, becoming one of the major sources of employment.  A bridge crossing at the Harrison River opened in 1926, creating the first-ever road connection to the west of Kent.  This connection is often credited for making Agassiz a market-friendly agricultural centre.

In 1948, the Fraser River Flood struck and wiped out Kent’s hop industry.  However, this disaster unexpectedly benefited Kent as corn became the new primary agricultural product of the region, leading to Agassiz’s claim as the “Corn Capital of BC,” this claim is still used today.

ALL THAT PORTION OF ISLAND NO. 10 IN FRASER RIVER WHICH WAS CONTAINED WITHIN THE LIMITS OF LEGAL SUBIDIVIONS 5, 6, 7, 9, 10 AND 11 SECTION 28 TOWNSHIP 3 RANGE 28 WEST OF THE SIXTH MERIDIAN AT THE TIME OF SURVEY OF ISLAND AS SHOWN ON A PLAN OF SURVEY OF THE NORTH WEST QUARTER OF TOWNSHIP APPROVED AND CONFIRMED AT OTTAWA ON 12TH DECEMBER, 1928 BY FREDERIC HATHEWAY PETERS SURVEYOR GENERAL OF DOMINION LANDS AND OF RECORD IN THE DEPT. OF THE INTERIOR NEW WESTMINSTER DISTRICT – PID 013-115-111

THAT PARCEL OF LAND CONTAINED WITHIN THE LIMITS OF ISLAND #12 IN THE FRASER RIVER IN THE NORTH HALF SECTION 28 TOWNSHIP 3 RANGE 28 WEST OF THE SIXTH MERIDIAN AS SHOWN UPON A PLAN OF SURVEY OF THE NORTH WEST QUARTER OF THE SAID TOWNSHIP APPROVED AND CONFIRMED AT OTTAWA ON THE 12TH DAY OF DECEMBER, 1928 BY FREDERIC HATHEWAY PETERS, SURVEYOR GENERAL OF DOMINION LANDS OF RECORD IN THE DEPARTMENT OF THE INTERIOR NEW WESTMINSTER DISTRICT TO WHICH THE REGISTRAR HAS ASSIGNED THE DISTINGUISHING LETTER “A” – PID 013-124-251 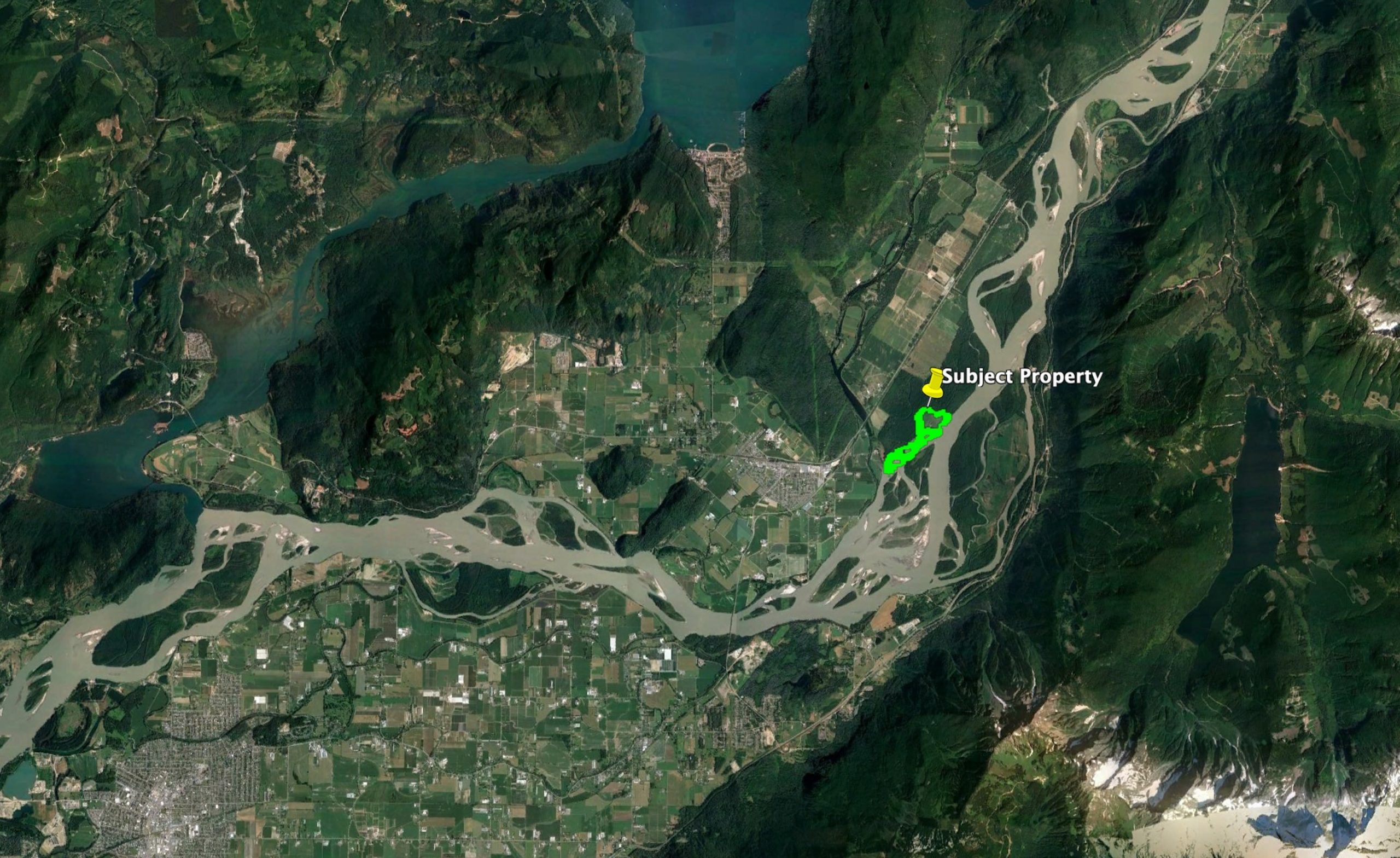 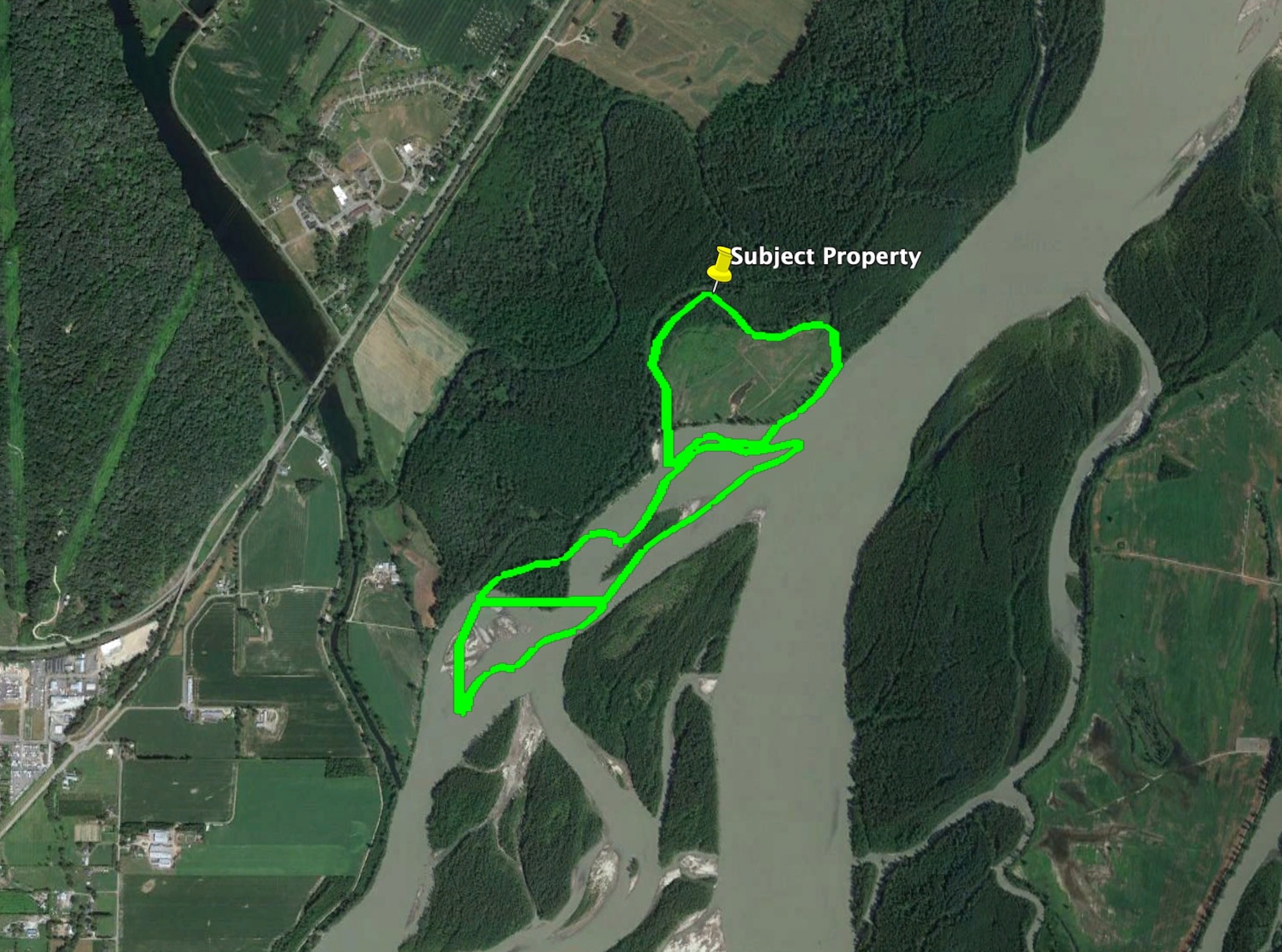 West Facing Lakefront Lot on Majestic Takla Lake, BC – Takla Landing, BC
Escape Back to Nature in the Tatlayoko Valley on this horse ready 21-Acre Parcel with Lindal Cedar Home – Tatla Lake, BC
Sign into your account
Create an account
Reset Password
Register here! Forgot Password? Back to Login Return to Login
85.90-Acres with Over 2 KMs on the Fraser River and 40 Acres in Agricultural Production – Agassiz, BC